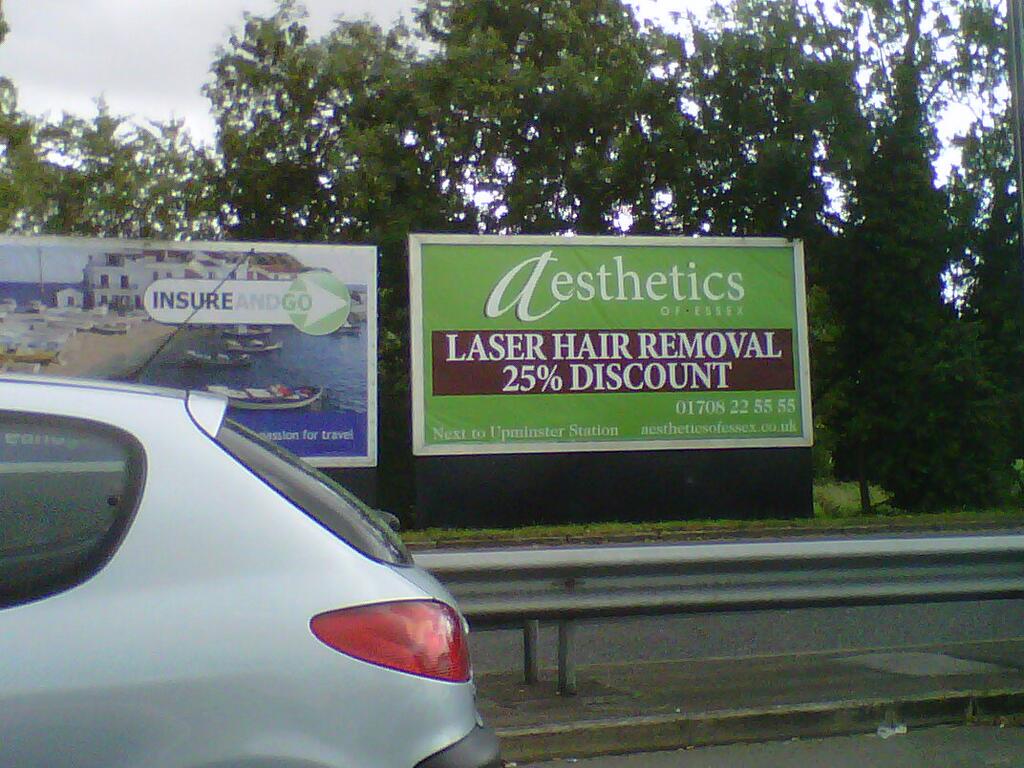 I am writing a thesis entitled “Accounting for Taste, the Pragmatics of Aesthetic Assessments in Conversation”. The project is to show how people ‘do’ aesthetics interactionally; how they express and negotiate about their tastes, how they describe the world and make certain aspects of it intelligible to themselves and one another as aesthetic resources.

One of the initial problems is coming up with a useful sense of what ‘aesthetics’ means in this context. Starting with negative definition: I am not talking about the discourse of aesthetics that evaluates art and cultural artefacts in a way that would be recognisable to Art History. What I am doing is looking at concrete examples of people negotiating about issues of personal taste and trying to see how they are accomplishing those interactions.

Various existing attempts have been made to do something a bit like this – notably by Heath, Luff and vom Lehn in their studies of the ostensibly aesthetic context of museums 1.

These studies have thrown a fascinating light on how visitors to museums and galleries negotiate their attention to and awareness of these contexts. Some of their most elegant findings show, based on close observation of video recordings, how visitors’ body position and gaze indicate that their experience is constituted by a continuous and fragmentary noticing of multiple objects, artworks and other visitors. The kind of singular, fixed-position spectatorship of one object at a time that curators and artists may assume to be the case is conspicuously absent from their findings. Similarly, their studies of how groups of people, including strangers and family groups, organise their movement around the spaces and exhibits show how noticing – paying attention – is often accomplished interactionally. Specific objects, perspectives and ways of behaving in gallery spaces that again, question assumptions about the primacy of individual or ‘individualistic’ spectatorship in the gallery context.

By demonstrating the difference between the production imperatives indicated by the plans and stated intentions of curators, galleries and museums on the one hand, and the observable clues to visitors interactional experiences in museums and galleries on the other, this body of work provides a basis for their ongoing experiments with interactive exhibits and different museological approaches.

Heath et. al’s definition of aesthetics in this case seems motivated by a straight-forward decision to approach anything that happens in museums and galleries as aesthetic. By making this decision, based on initial assumptions and their own familiarity with certain traditions and cultural institutions, they were then able to expand a critical understanding of what cultural institutions are, how people behave in them, and how the context and the exhibits are used as interactional resources.

I’m doing something similar: I’m looking for a broader notion of aesthetics outside of the contextual frame of the musuem, or at least, not only within this frame. Wittgenstein 2 points out that aesthetics as an area of human concern is both ‘very big’ (in that it is involved in so many areas of life and action), and ‘entirely misunderstood’, by which he means, often limited to the study of a very small subset of things with which aesthetics might be ‘done’ (ie. Art) 3.

This ‘very big’ range of situations will have profoundly different pragmatic implications for a working understanding of aesthetics in each context, which might constitute completely different activities. The only way to find out is to look at each situation, and see it as a different pragmatic context for an understanding of a set of interactional exchanges that can be thought of, in an analytic context, as aesthetics. With this approach in mind, Not having a consistent or even coherent definition of aesthetics as an operational or contextual constant is not a problem. In fact, having to continually re-assess what we might mean by aesthetics by looking at how people negotiate various specific contexts is a major project of this research.

Looking at regularities that emerge from the data drawn from each context will then begin to generate a sense of what is general and what is particular about different interactional contexts and how various notions of aesthetics become relevant to the people involved.

Aesthetics in the context of Conversation Analysis

In the first paper I co-wrote on the subject, we reviewed foundational Conversation Analysis (CA) literature for everyday conversational devices used in accomplishing aesthetic assessments. For that study we sampled data from papers in the CA literature that dealt with ostensibly aesthetic topics such as the evaluation of an artwork. Specifically, the framing of aesthetics in the context of CA emerged from the selection of a conversational sequence from Anita Pomerantz’ paper on agreeing and disagreeing with assessments in which participants negotiate the assessment of one of the participants’ recently purchased artistic prints.

This approach and the use of readily available conversational data helped to ground my observations in the CA literature, while giving me a sense of how the mechanisms and devices of conversation such as turn-taking, preference organisation, and topic-shifting are used in the accomplishment of aesthetic assessments.

In the process of evaluating this print, I observed that the participants made all kinds of things relevant to their assessments including:

So in the context of that conversation, the ways in which these topics are negotiated emerged as what I am thinking of as the practice of conversational aesthetics.

The next step is now to look at various other contextually specific practices of conversational aesthetics, which may well have different characteristics and regularities. The project is then to attend to the different ways in which some of these concepts may or may not be made relevant interactionally, as well as seeing what other kinds of topics and practices become evident.

Building up a vocabulary of conversational aesthetics by looking at the data and working up from there, I can interrogate specific interactional situations to see how they are accomplished and whether they relate to each other, without resorting to a grab-bag of pre-existing high level theoretical constructs.

Aesthetics in the context(s) of the Demographic BNC

The initial CA study has informed how I am approaching a different, if related, set of interactional situations. Looking outside the seemingly evident aesthetic context of Heath et. al’s art gallery or the evaluation of an artwork from Pomerantz’ paper (which could both fit into the narrow ontology of aesthetics that Wittgenstein thought ‘entirely misunderstood’) the purposive sampling of these conversations is geared towards opening up the question of how people do something that can be called aesthetics in their daily lives and interactions.

Adopting a lexical, rather than a contextual or conceptual selection rationale, I searched for the word ‘beautiful’ in the demographic sections of the British National Corpus (BNC), a searchable archive of over 700 hours of naturalistic conversations, recorded by 124 people wearing tape recorders while going about their daily lives in the early 90s. The recent publication of the Audio BNC has enabled me to find and transcribe the original audio from these conversations, vastly improving on the accuracy of the existing transcriptions, and applying the detailed orthography required for CA-style analysis (I’ve written more about this on this blog).

The word ‘beautiful’ was chosen from a list of keywords picked intuitively as being likely to bring up conversations with a dimension of aesthetic assessment. Searches for domain-specific keywords such as artist names or art-related terms such as ‘artist’, ‘painting’ or ‘sculpture’, had very few hits in the demographic data (33, 153 and 13, respectively). By contrast, these specialist terms were frequently present in transcriptions of TV broadcasts, lectures and formal settings, but hardly at all in more everyday contexts such as having a cup of tea at home, or out shopping. ‘Beautiful’, however, was ubiquitous and plentiful in search results from both formal and informal contexts.

Because of their availability and broad distribution across the corpus, the results from the search for the word ‘beautfiul’ were selected for analysis. To try and focus on the most naturalistic interactions available, all conversations from formal settings such as classrooms, interviews, lectures and TV studios were discarded, leaving just under 200 conversations in 50 different files. Looking through these conversations one by one, conversations in which the word ‘beautiful’ occurred in longer, multi-party sequences rather than short statements or non sequiturs were selected to provide the most interactional data for analysis.

Objections to this approach

Sampling rationale is a significant issue in any Conversation Analytic project, as the sampling of data in CA tends to consist of a range of data, sampled from across a corpus, picked out for the analytic potential to thematise a specific conversational device. Paul Ten Have has said that “many researchers in CA emphasise that transcriptions should not be made with a specific research problem or hypothesis in mind […] The ideal would be to have a large corpus of very detailed transcripts that can be used to locate and analyze specific phenomena.” 4. Although the existing transcripts of the BNC are not sufficiently detailed or accurate to enable CA-device-level phenomena to be picked out, the transcripts make the phenomenon of word selection available for this kind of approach.

It may seem problematic to use a straight-forward lexical search term as a way of selecting data for a CA-informed analysis given that CA as a methodology looks for the “formal and anonymous” apparatus of conversation 5. Firstly, the practice of aesthetics in many contexts might well have nothing to do with the word ‘beautiful’, and even if it did, why not the noun form: ‘beauty’, or some other synonym? Similarly, there is very little hope that a lexical search would be able to distinguish between very different pragmatic uses of the same word (descriptive, bathetic, sarcastic etc.).

However, if Heath et al.’s sampling of what happens interactionally in the “perceptual range of the event” 6 – in their case, the museum or gallery context, can be the basis of what they call a “pragmatic aesthetics” 7, the same might be said of the instance of the word beautiful in everday talk. The lexical aspects of their talk might have a far less obvious impact on their interaction than its temporal and physical context, but as an almost arbitrary placeholder for sampling from an otherwise potentially boundless corpus of naturalistic interactions, it can serve a similar purpose.

If all social life is “essentially practical,”Marx’s theory itself must have been an outgrowth of his particular “ensemble of social relationships.” To turn it into a theory about the world seems a mockery. A better use would seem to be to seek to experience its truth in the everyday. Politics are thcn not claimed as something people have;they are actions people do.There are nothings in the sensuous world like “bourgeois consciousness” or “class” or”the capitalist system,” there are only people doing their lives in a succession of here-and-nows. To treat these people as abstract categories illustrates the alienation of the theorist, not the alienation of those the theorist talks about.